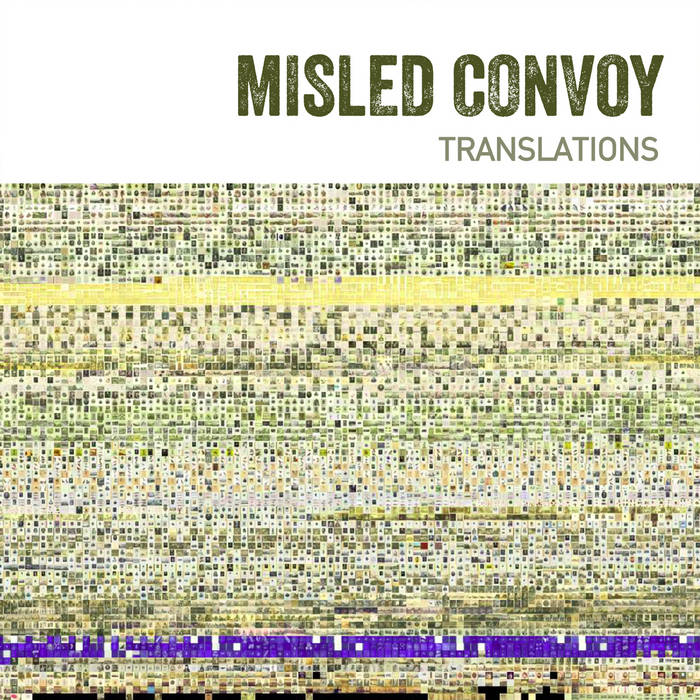 Michael Hodgson is a prolific music producer, who under various band names, including Pitch Black, Tinnitus and The Projector Mix, has released over 20 albums in the last 30 years. ‘Translations’ is a selection of remixes he has created under the Misled Convoy name over the last four years, and follows up the ‘Tickling the Dragon’s Tail’ album, released last year.

The acts he has remixed are drawn from a wide geographical and musical net: Feral Five are an East London duo, raised by wolves on a diet of punk rock, disco and roots; Holotronica is the solo project of Stuart from Hexstatic, a retro futuristic syneasthetic trip; hailing from Tokyo, Super Cozi is one half of Zen Lemonade known for their psychedelic & progressive trance; The Adults are a New Zealand supergroup set up by Shihad's Jon Toogood and features, for this track, the haunting voice of Ladi 6; Flies + Flies are an up and coming London band who apparently are "making the apocalypse sound fun" (Electronic Sound); Animat are a downtempo duo from Sheffield; and finally Banco de Gaia is one of the leading exponents of globally inspired eclectic electronica.

As you might then expect, the collection 'Translations' traverses a huge variety of genres, from electro house to dub techno, industrial ambience to broken beats, all now awash in a sea of dub effects, delay and reverb in Hodgson’s distinctive style.

Some of the remixes simply re-present a new way to access and appreciate the original track, sometimes they produce completely different songs completely reimagined.

“I really love taking other peoples melodies and ideas and working them into completely new tracks with my production process. Because there is already a body of work and the idea then, is not in the original concept or origination, but in the how I re-imagine that track into a new work, a new sound, a new state.”

Frayle's Gwyn Strang and Sean Bilovecky join the show to talk about their cathartic new album.