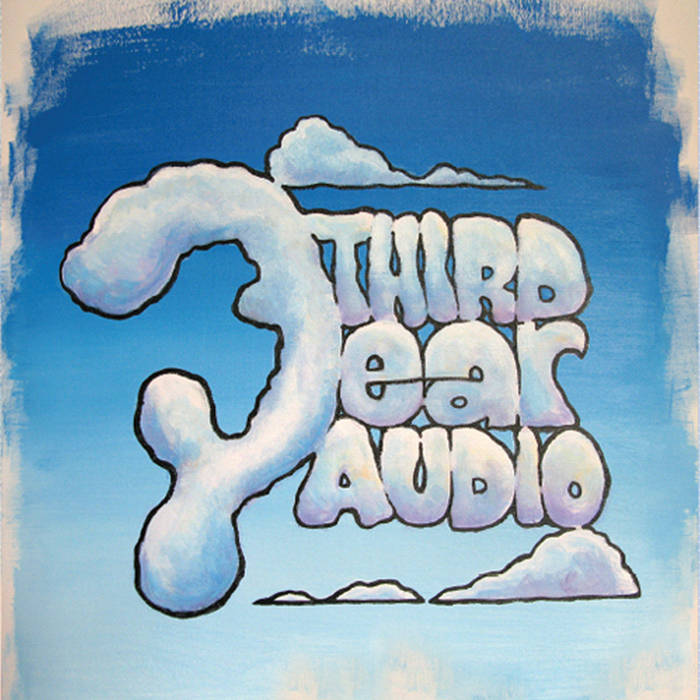 The long awaited Third Ear Audio album finally drops. A collaboration between Celli “Earthling” Firmi and Nick “Doof” Barber, it successfully marries their influences and styles to create a perfect blend of space, bass and beats, with an added dose of playful mischief thrown in for good luck!

The album is very much a dub sandwich, opening with two lounge pieces, full of seductive synths and sultry sounds, designed for sofa surfing smoking sessions.

The middle tracks – the “meat” of the album – are a trio of dubwise delights: all deep skanks, heavy basslines and reggae riddims, peppered with quirky samples and produced immaculately.

The final four are perhaps more what you would expect from this dastardly duo, as they flirt with, but do not commit to, the trance world, containing sunkissed elements of progressive and psy, as well as touches of breaks, house and minimal techno.

Finished several years ago, this album seemingly managed to bankrupt every label it touched until now, with the previous 2 prospective homes going belly up just before release. Thankfully it has finally seen the light of day, as it a perfect summer album

Third Ear Audio is two friends, Nick Barber (Doof) and Celli Firmi (Earthling). Nick is from the UK and Celli was born and raised on the island of Ibiza, which is where they first met back in the mid-90s through the trance party scene. Nick was already producing music and DJing as Doof, with numerous releases on Dragonfly, T.I.P, Twisted, Matsuri, Blue Room and various other independent dance labels, including the now classic first Doof album 'Let's Turn On" (T.I.P Records/re-issued on Twisted Records). At that time Celli was just starting a career in music production and DJing which within a short while would see him become one of the leading talents in the psy-scene, working closely with old friends G.M.S and Spun Records, releasing his own music as Earthling and numerous collaborations including Soundaholix and Vatos Locos (Sony Music/Dragonfly).

Nick and Celli used to DJ together at the many outdoor free parties on Ibiza, often playing ping-pong sets as a duo. They decided to try and make some music together, and from these early laptop sessions came the tracks that would eventually lead to the formation of the Vatos Locos project with Mexican DJ and good friend Xavier Fux.

When Nick moved from London to Ibiza he and Celli set up a studio together in the house they shared. In between working on dance tracks for Vatos Locos they started producing downtempo and chill-out tracks which eventually became the basis for the Third Ear Audio project. Covering a range of musical influences from trance, chill-out electronica thru dub to big-beat and rock, and incorporating live instruments including sessions with Mexican percussionist and tabla-wizard Rupesh and flautist Nidra Sofia, the Third Ear album pretty much covers the spectrum of deep-chillage, reflecting Celli and Nick's varied musical tastes.