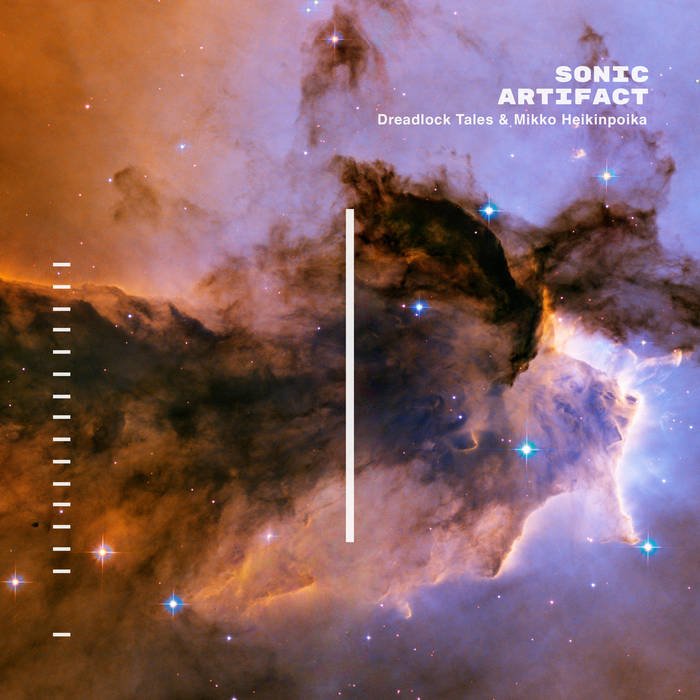 mark smith Haven't had a long piece of ambient music capture my attention from start to finish as much as this does since Woob's 'On Earth' back in 94. The pace is relentless but never boring as it twists and turns and evolves over 35 epic mins.

Sonic Artifact is an electronic odyssey, a love song to the infinite cosmos wrapped inside a paean to deep space. Crafted by the Helsinki based Dreadlock Tales over a five year period with the help of throat singer and Igil player Mikko Heikinpoika, Sonic Artifact’s journey into outer bass takes us from the ancient past to the near future and beyond.

Influenced as much by psychedelic and stoner rock as by dub reggae and the blues, It was the founder of Dreadlock Tales, Kimmo Tyni, who had the idea to produce an album that consists of only one song that ended up being an exploration of ambient, drone, dub and techno, and he invited the lauded throat singer and Igil player Mikko Heikinpoika to help.

The track was crafted first by creating a soundbed with Moog, electric Tanpura, sequenced synthesizers and field recordings from the forest. Tuvan throat singing, Igil and Melodica were added, and downtuned guitar was recorded through a massive tube amplifier and cabinet to create the drones at the end of the track. Finally Kimmo added traditional Finnish instrument the Kantele, and the track was finished.

The result is an electronic epic that warps time and bass on the artists' mystical mission to outer space.

This album has been funded by Taike
taike.fi

Original image was created by the Office of Public Outreach at
the Space Telescope Science Institute for © Nasa
hubblesite.org