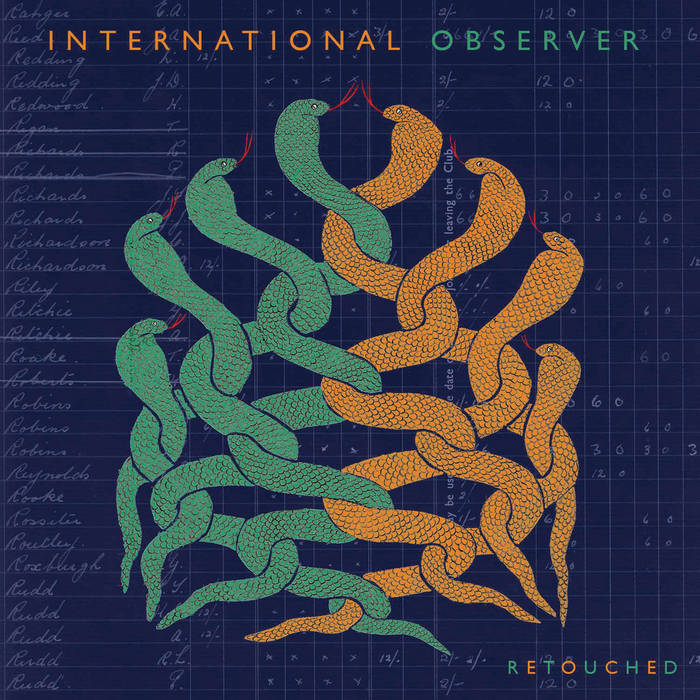 Retouched is the second collection of International Observer’s remixes from the last 22 years.

International Observer’s Tom Bailey has had an illustrious career: as well as being in pop trio The Thompson Twins and ambient/tech duo, Babble, he has contributed his keyboard skills to Foreigner, Grace Jones and Debbie Harry.

This collection reflects that musical history, going from platinum selling pop acts like The Exponents to the underground electronica of Pitch Black and Deep Fried Dub via Brazilian popstar SILVA. The highlight for many will be the inclusion of his dub of his own Babble project.

stellar* - Slack Dub (International Observer Instrumental Dub)
Written by Boh Runga, produced by stellar* and Tom Bailey
Original track released on the 'What you Do' single
This version has never been released before
Published by Copyright Control
Kindly licensed from Sony Music Entertainment New Zealand
stellar.co.nz

Pitch Black featuring Brother J - 1000 Mile Dub (International Observer's Stink Mix)
Written and produced by Mike Hodgson and Paddy Free
Original track released on 'Rude Mechanicals'
This version was made as a special for NZ DJ Stinky Jim and has never been released before
Published by Native Tongue
pitchblack.co.nz