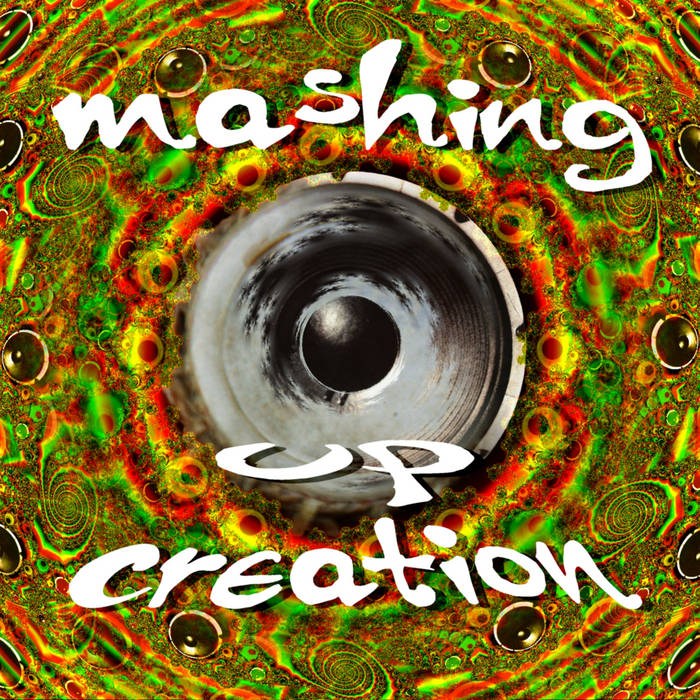 Bethelina_DJ The finest dose of dub hijackers assembled on Bandcamp. [Along with companion album Dubbed on Planet Skunk]. Any self-respecting dub head should have these two albums in their collection. If you’re looking for intelligent, well crafted spaced out dub, deep rolling bass-lines, tracks full of delightful melodies, Jamaica-inspired chords n echoes, .. your search is over; this is it! Favorite track: Baba, We Love Dub So.

Having recently re-connected with some of the artists featured on our first ever release, the compilation Mashing Up Creation, which came out on CD in January 1997 (preceded by a 12” sampler in late 1996), we’re now in a position to re-release a 2022 version of the collection, featuring 8 out of 10 of the original tracks.

As we wrote at the time, the compilation is a culmination of a variety of artists from trance, techno, jazz, trip-hop and drum‘n’bass coming together. Opening with 100th Monkey’s bittersweet psycho-tropical Backwater Dub and Adephli’s far-out jazz homage Jah Weybridge, the album twists through to the cosmic fractals of Doof. Add the lazy haze of 23’s multi-cultural melange to Etherealites’ traditional roots style, and Mashing Up Creation covers all the avenues that dub has evolved into since the blessed days of Lee Perry, King Tubby and the other grand masters of dub….

Despite being a very loose outfit (it did take us over a year to put together one release), we managed to get some amazing press. Mashing Up Creation was described as “music for the millennium” (DJ Magazine), “an absolute must for chillout collectors” (Essence Magazine) and “un rayon de soleil” (Tr@nsdub@lity), while The Sunday Times (really) hailed it as “a pleasure to have…growling and throbbing away in your life”. Our favourite review, however, and the highest comparison we could ever wish for, was in Sleaze Nation, who accused us of “carrying on where original dub hijackers The Orb left off”.

Obviously it’s all been downhill since then, but we hope you enjoy the tunes as much as we still do.

8. Doof - Baba, We Love Dub So
Written and produced by Doof