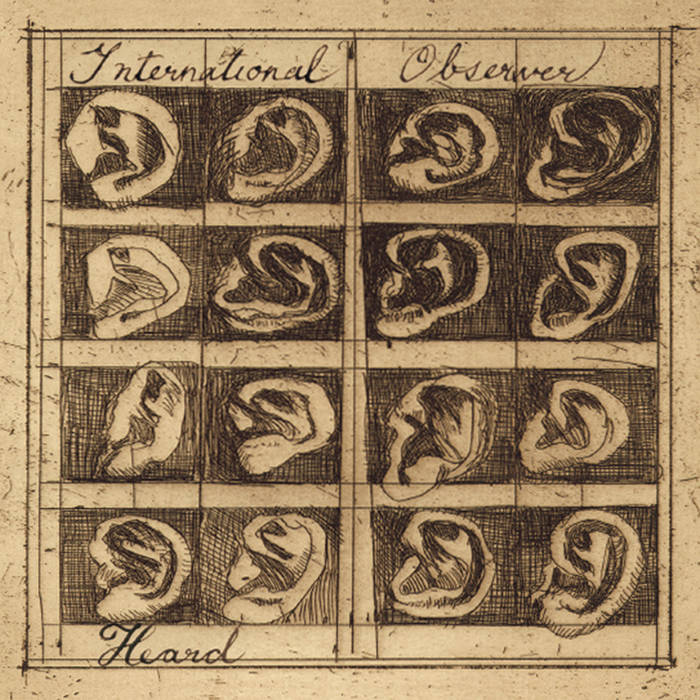 The second International Observer album, Heard, is not your typical electronic dub long player, and its creator has spent well over 25 years in hot pursuit of an artistic expression that stimulates and satisfies and in this case, reaches towards the sublime.

As the ‘70s progressed Tom Bailey (aka International Observer) followed a path familiar to many of his generation: getting his ‘overseas experience’ gained a life-long fascination with Indian culture, spiritual values and music (manifested recently in the Holiwater Project with Vikash and Prabash Maharaj which toured India to ecstatic reviews). Meanwhile, the post-punk foment of the late ‘70s embroiled Tom in an anarchic scene that ultimately gave birth to his ‘pop experiment’, the Thompson Twins.

Despite massive chart success, getting stuck in a pop paradigm proved a nightmare for Tom, who – in his spare time – was delving into the infinite sonic, subterranean depths of dub, developing his passion for the visual arts, and working his way to an in-depth study of the works of classical music innovator, JS Bach. During the ‘80s he also worked with reggae legends Sly & Robbie, and Lee Perry, as well as contributing his considerable keyboard skills to the likes of Grace Jones and Foreigner (!), and producing/writing hits for former Blondie diva Debbie Harry. And as that beleaguered decade played out , Tom’s ambient/tech duo, Babble (with former T. Twins partner Alannah Curry) was getting caned in the hippest New York clubs.

But that’s just CV stuff (admittedly fascinating CV stuff); Tom’s artistic pursuits somewhat defy the best efforts of the publicity machine. Next thing, he upped and moved to the ends of the earth – New Zealand – where his long-held dream of making his own, unique dub sounds were set to ‘slowly evolve’. Finally, in 2001, the release of Seen, by International Observer, which was later picked up by Different Drummer.

What separates International Observer from the pack? The sense of coherence and purpose, plus a melodic engagement and some duppy-scaring echoed bass nodding back to the earliest days of the Ras/dub tradition.” Another wrote: "Deliciously engaging, languorous, smoothly beautiful dub-engineered electronica... unobtrusively clever, tasty morsels of electronic debris add to its abiding flavourfulness".

Perhaps the secret of International Observer is that it combines the tripped-out bliss of the finest Augustus Pablo sides with just the right amount of audiological ear candy and dollops of sublime melody. In other words, this is dub, but not as we know it.

Finally, we come to Heard, the second International Observer long-player, and one that bookends Tom’s time in NZ, India and the UK by presenting an on-stage set pretty much the way it goes down live (and anyone who has seen IO perform at the Big Chill or elsewhere will know that’s a beautiful thing). While Tom continues a myriad of endeavours including film soundtracks, production works and the ongoing Holiwater Project, International Observer's Heard is an original take on dub that’s able to blow bass bins and minds alike.